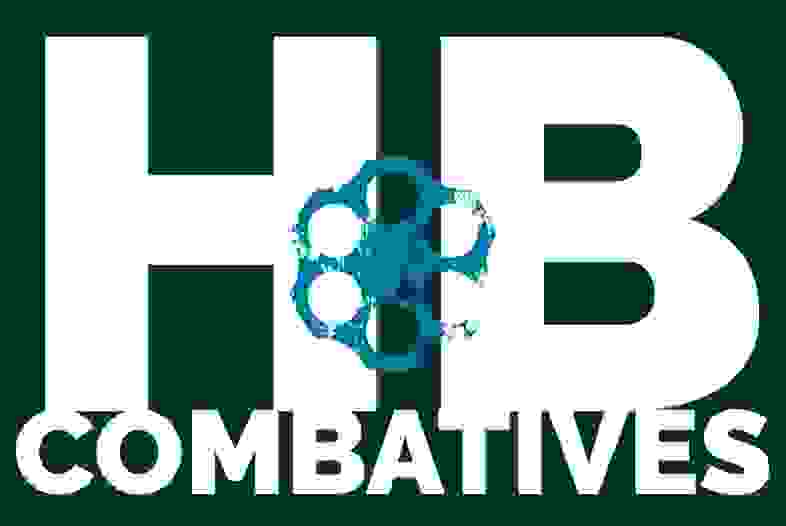 Professionally, I am a federal law enforcement officer and  a Firearms/Defensive Tactics (Use of Force) Instructor for my agency.  I also teach firearms and use of force for private industry. I maintain and certify firearms, restraint and combatives teaching skills regularly, including armed (gun/knife/baton) and unarmed defensive tactics.

I am also certified through the the province of B.C. through the Justice Institute of British Columbia (J.I.B.C.) as a Firearms/Use of Force Instructor and Range Officer as well as a Simuntiton Force on Force Facilitator through Setcan Canada. I have diplomas in Dignitary Executive Protection (close protection), several other J.I.B.C. security and reality-based defensive tactics accreditations and have been engaged in some form of martial arts training since taking up karate at the age of 11 - well over 30 years of continual training.

Through HB Combatives, I study and teach modern combatives from a multitude of sources; primarily Martial Blade Concepts (MBC) with Michael Janich as an Associate Instructor and through my interpretation of the work of modern combative masters like Kelly McCann, Craig Douglas (Shivworks), the late Bob Kasper and Lee Morrison among others. The classic WWII combatives greats such as William Fairbairn, Eric Anthony Sykes, Dermot Pat O'Neil, Col. Rex Applegate John Styers (to name a few) also have a serious influence in my studies.  I travel and learn from other instructors whenever possible in order to keep the training fresh and relevant.


I currently also practice MMA (Muay Thai and Brazilian Jiujitsu base), and have practiced several other combat sports - Judo with the Vancouver Police Judo club, boxing, kickboxing and grappling/jiu jitsu to supplement my personal training.  I spent most of my earlier martial arts career studying classical Japanese martial arts and retired a yondan (4th deg.) black-belt.

I treat the training environment more like a club than a "school".  We are just a group of like-minded individuals gathered to work through options for defending ourselves and loved ones.  We're pretty informal and I consider myself an eternal student.  I don't teach but rather guide the class and I always participate in the training session.  If I can't do it, I can't expect you to do it so I try to lead by example.

When I joined HB Combatives I originally started training classical Japanese martial arts with Dan. I had been doing it for about 1 year, but as usually in anyone’s life things got in the way such as work, school, families, career, and other obligations. Dan then started officially teaching Combatives classes to the general public. I was intrigued because I thought Combatives was just another word of Martial Arts but Combatives is actually a different entity altogether.  So I began researching Combatives and found it had many names such as dirty fighting, gutter fighting, just beat ‘em up, etc.

I found what I was really looking for - a no non-sense, “easy” to retain, immediate and versatile skill-set. Don’t get me wrong, I enjoy the traditional martial art culture; I’ve been studying and practicing traditional martial arts since I was 13 years old.  I just liked the whole concept that Combatives is straight to the point.  If something doesn’t work just move on and drive forward. To add to my training, I’ve gained real world experiences being involved in street conflicts, de-escalating conflicts and just being adaptive to different environments. Dan’s class is not only physical but also teaches the mental and legal aspect of self defense. We live in a world where society normally frowns upon defending yourself or “fighting”, whether you agree with it or not it’s true.  The classes give me the confidence and knowledge to defend myself physically and with legal responsibility.

I’ll leave you with an appropriate quote; “We must all be active participants in our own rescue!” - Dave Spaulding.

I’ve  spent nearly sixteen years in the martial arts, starting with Karate at  my old elementary school to Combatives now. My first exposure to  Combatives was through independent research and practice through a small  meetup group back in my hometown and I enrolled in Heisei Budo when I  moved to the Vancouver area two years ago. As an academic by trade, I  see self defence as an encompassing topic that needs to be understood in  the physical, psychological, legal, and social realms, rather than just  a physical skillset, and Heisei Budo’s approach to the discipline got  me hooked.

Major  influences on my martial arts training have included the combatives  pioneers of WWII like Fairbairn and Styers, to modern innovators like  Kelly McCann and Michael Janich, to practical Karate practitioners like  Iain Abernethy and John Titchen. Through the Combatives program, I’ve  learned so much about what self defence training should encompass; I  have been challenged, developed as a person, but most of all – had a  blast doing it!